An encounter with Lee Ufan: What it Means to Accept "Uncertainty"

Lee Ufan was one of the leading figures of the Mono-ha school (School of Things), a contemporary art movement emerging in Japan in the late 1960s. Among the works exhibited in the Lee Ufan Museum, which opened in 2010 in the Kuraura district in Naoshima, are paintings created with brushstrokes that appear to synchronize with the rhythm of the artist's calm breath, and sculptures consisting of natural stones and steel plates in which the act of "making" is reduced to the bare minimum. Each of the works in the museum evokes an endless expanse of blank space that merges together with the physical space.

A talk by Lee Ufan was held in Naoshima in January 2017, providing a deeper insight into the experience of the Lee Ufan Museum through the direct words of the artist. 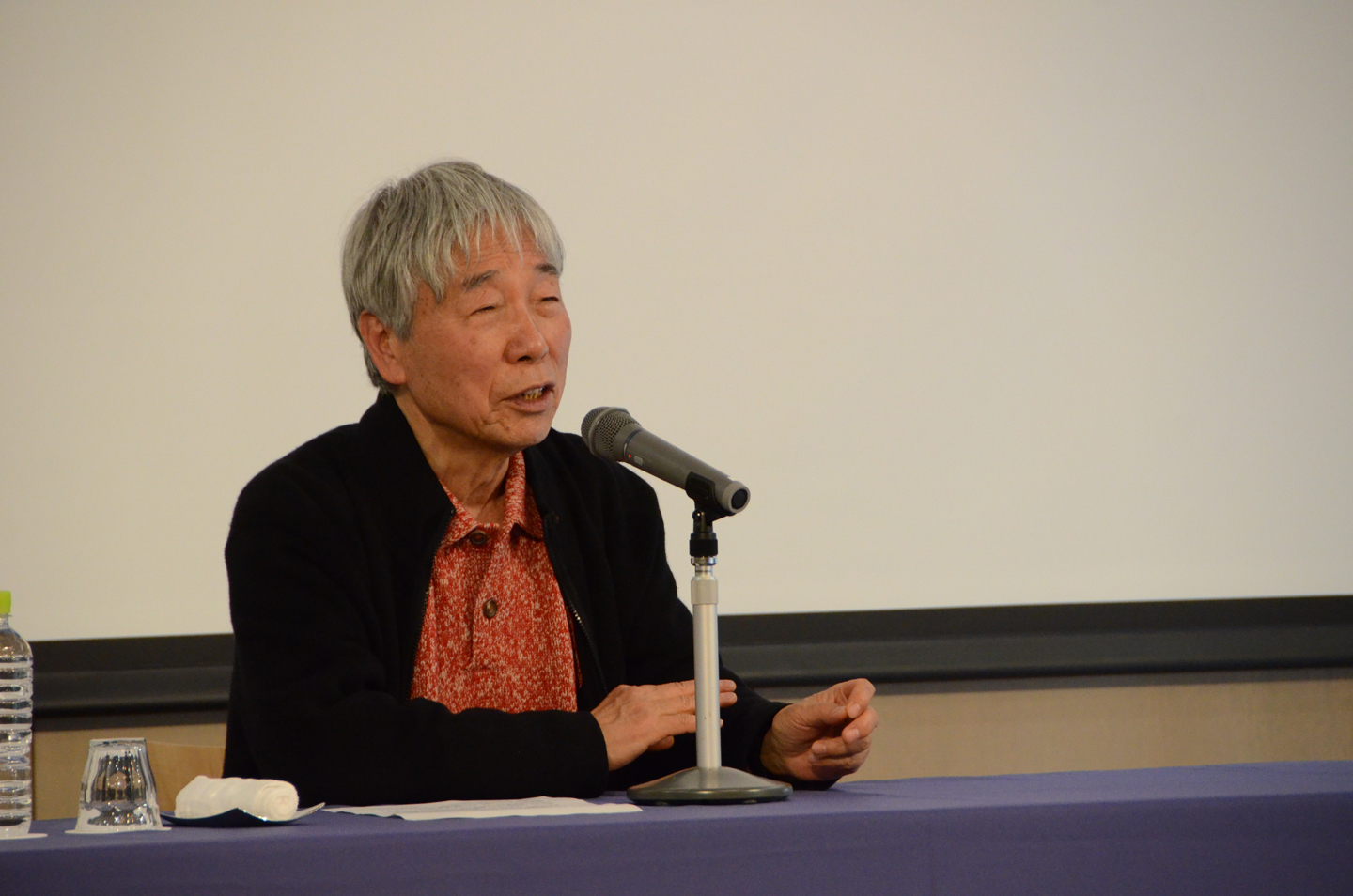 On the theme of "encountering art," Lee gave his thoughts on being an artist, how he emerged in the art scene of the 1960s, and how he established his working style. Below are some excerpts from Lee's talk and a reflection upon experiencing the Lee Ufan Museum.

"An artist is a child of the times."

Unlike in the 1960s and the early 1970s, a time when people were more driven by single ideals and principles, today it is not so easy for artists to create something that captures the hearts of many, as values are becoming increasingly diverse and varied. Contemporary artists often deal with current events and ongoing problems that are unsolved, and are working at times without knowing how their work in progress will develop until it is completed. Lee explains that works of art and their expressions change with time, as does how people see the works because art is always connected to contemporaneous society.

What kind of works of art then, in Lee's opinion, are able to maintain an immutable quality regardless of changes of the times?

"Works that are logically organized, that can be clearly explained, and that are destined for a predictable goal are not art."

"Unconsciousness, madness, chaos, and contradictions.... Interestingly, human beings tend to be intrigued by things that are animated by these elements."

Lee then voices that scientists and clerics must uphold clear reasoning and beliefs, and be able to convey their thoughts to others. They are expected to explain their ideas in order to inform as many people as possible and promote their understanding and awareness. It is the opposite with artists. If artists make works of art about something already known to and understood by people, they cannot leave a lasting impression on others. People are moved by what they have never seen or felt. Lee remarked that this is why artists have to face what is unknown and unseen, such as unconsciousness, madness, and so on. He spoke of often having created works that he never expected or that he could not understand.

"To me, expression is not the expression of my thoughts but is something that arises between myself and objects. The air, time, and various other elements affect my expression. I think that, when an image that comes from somewhere collides with myself, something can happen."

Keeping control of his breath, Lee draws lines and dots conversing with the canvas and his own body, or decides where to install his sculptures based on a thorough understanding of a space after walking around it for a long period of time and looking at it from various perspectives. He does not know what the work will look like until he finishes the painting or installs the object.

"A work that can appear different each time one views it."

How one sees the work of Lee Ufan depends on the individual. One viewer may see a work composed of a stone and a steel plate as "a stone and steel plate joyously talking with each other" while another may think, "the stone turns its back to the steel plate and is looking far away." One visitors who regularly comes to the museum said, "this work look different from when I saw it the last time, which makes me realize that something happened in my mind since that time."

Lee asserts that it is precisely the power of a work of art to evoke different feelings each time.

"A work of art is perhaps never completed or finished. It is active forever and is never still, rejecting any kind of judgment."

Although seemingly remaining unchanged, a work is in fact continuously changing with its natural environment. The steel plate will become reddish with rust and the trees around the space will grow tall enough to cast shadows on the installation. As any of these factors is uncertain, even the artist does not know what will happen. Nobody knows if something an artist has never expected will happen to the work, or what viewers will think of it. Such matters may make any artist feel somewhat anxious. However, Lee considers this uncertainty as the power of a work of art opening up potential for the future. As the artist points out, viewers, the museum, and artworks are all changing, and when they meet together, something may happen. This is an invaluable asset of this museum dedicated to the exhibition of a permanent collection.

When the Lee Ufan Museum first opened Lee said: "I wish for my work to exist as a place that is alive."

Both the Lee Ufan Museum and the works exhibited there are still evolving and maintain a kind of "uncertainty" changing with viewers, nature, and various other elements. As viewers, we can make new discoveries within the works of art and find hopes in our own futures by accepting the "uncertainty."