Breathing new life into the ruins of a former copper refinery, Inujima Seirensho Art Museum was built around the idea of "using what exists to create what is to be". Exhibited here are works created by Yukinori Yanagi who used Yukio Mishima as a motif, a vocal critique of Japan's modernization, together with the remodeled architecture designed by Hiroshi Sambuichi. By using the existing smokestacks and karami bricks from the refinery as well as solar, geothermal, and other natural energies, the architectural design minimizes the construction's environmental impact. The building also employs a sophisticated water purification system that makes use of the power of plants. The project truly embraces the concept of a recycling-based society through its focus on industrial heritage, architecture, art, and the environment.

*If visiting the museum in a group (10 or more people), Please go to Group Visits. 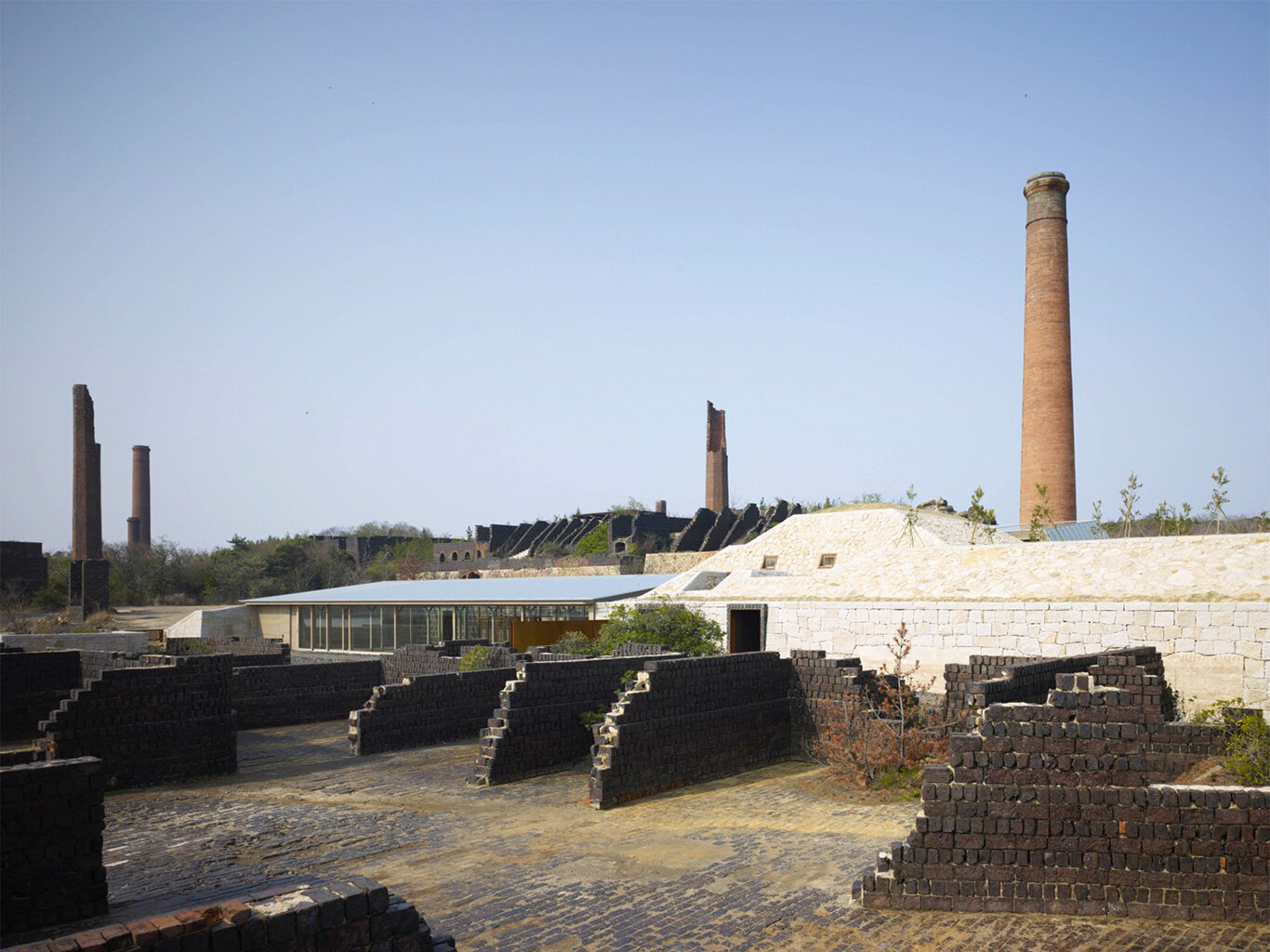 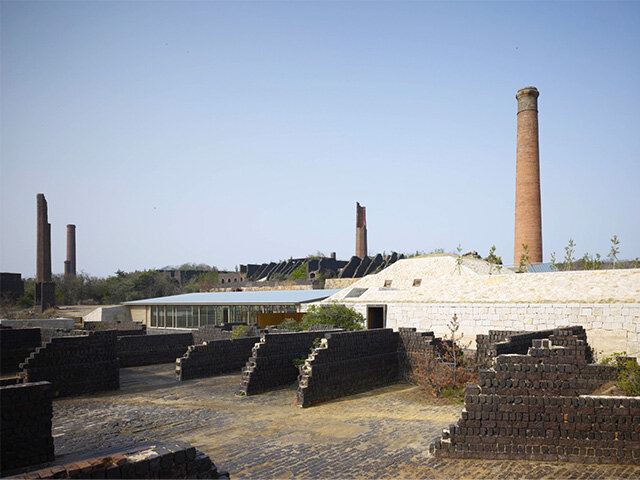 Copper refineries were often constructed on islands to alleviate air pollution in urban areas and in order to facilitate the transport of raw materials. The Inujima refinery, built in 1909 with local capital, was one such refinery. A dramatic fall in copper prices resulted in the refinery to cease its operations, 10 years only after its completion.Today, Inujima displays a unique industrial scenery, composed of the plant site constructed using Karami bricks made from the slag generated as a byproduct of the copper refining process, smokestacks and other elements. The remains of the large-scale refining factory are still in a good condition after nearly 90 years. In 2007, the Inujima refinery was designated as one of Japan’s 33 Industrial Modernization Heritage sites by the Ministry of Economy, Trade and Industry, in recognition for the groundbreaking role it played in the industrial development of Japan.

An artwork expanding into six separate spaces, combining the process of architectural design with a motif featuring Yukio Mishima, a novelist who was a vocal critic of Japan's modernization. Once a prospering force contributing to the modernization of Japan, today only the vestiges of the Inujima refinery remain. This work questions Japan's modern society and its future orientation.

The architecture of Inujima Seirensho Art Museum makes use of geological features, the legacy of this industrial site as well as natural energy to create a structure changing and growing as an integral part of the natural environment on Inujima.

Inujima Seirensho Art Museum creates an environment where nature is the foremost concern, using a sophisticated water purification system that makes use of the filtering proprieties of plants. Among other measures, vegetation was planted that is suited to Inujima, based on the results of an environmental survey.

Store, the Seirensho museum shop, sells original goods using the designs of the artist and architect, related books, stationery, and other goods.

This original canvas tote bag has a motif based on the smokestack of the Inujima Seirensho Art Museum. Take it with you on a walk around Inujima.

（L）Official guidebook to the architecture of the Inujima Seirensho Art Museum, which proposes a new way of interacting with our environment. （R）Official guidebook that offers commentary on the architecture of Inujima Seirensho Art Museum, which is designed to minimize burden to the environment and to harmonize with its surrounding nature.

Inujima Ticket Center Cafe provides a space where visitors can spend a relaxing time having a cup of coffee or tea along with something to eat while taking in a panoramic view of the Seto Inland Sea.
The menu was created in collaboration with local people, and uses foodstuffs from Inujima and nearby areas. Visitors can enjoy meals that change with the seasons.

Closed：
The cafe is closed when the museum is closed.

This local dish is said to have its roots in a fisherman’s meal in Setouchi. Based on a recipe created by islanders, it is made with great care, starting with the preparation of the raw octopus.

This is a recreation of the zenzai bean soup eaten as a childhood snack by Inujima islanders. The bean soup contains pumpkin and somen noodles.

Group visits to Inujima Seirensho Art Museum must be booked in advance. This enables us to schedule groups throughout the day to avoid overcrowding.

Reservations：
Please provide us the details of your group by reservation form.

For visitors with babies or small children

(1)Accessibility
Due to characteristics of facility, some places are not accessible for visitors with disabilities and special needs.
We ask for your understanding.
We will support you as much as possible when you visit us, so please contact and discuss directly with our facilities.

(2)About lending wheelchairs, etc.
・Wheelchairs: We have 2 wheelchairs available at Inujima Ticket Center.
・Writing tools: Available.
・Multi-purpose toilets: Available.
・You may enter our facilities with a service dog, a seeing eye dog, and/or a hearing assistance dog.

When visiting the museum

When viewing the artworks