To mark the opening of Christian Boltanski's new work on Teshima "La forêt des murmures" an artist talk was held at the Karato auditorium on Teshima on July 18th, 2016, the exhibition's opening day. We would like to share some of the artist's words in this blog post. 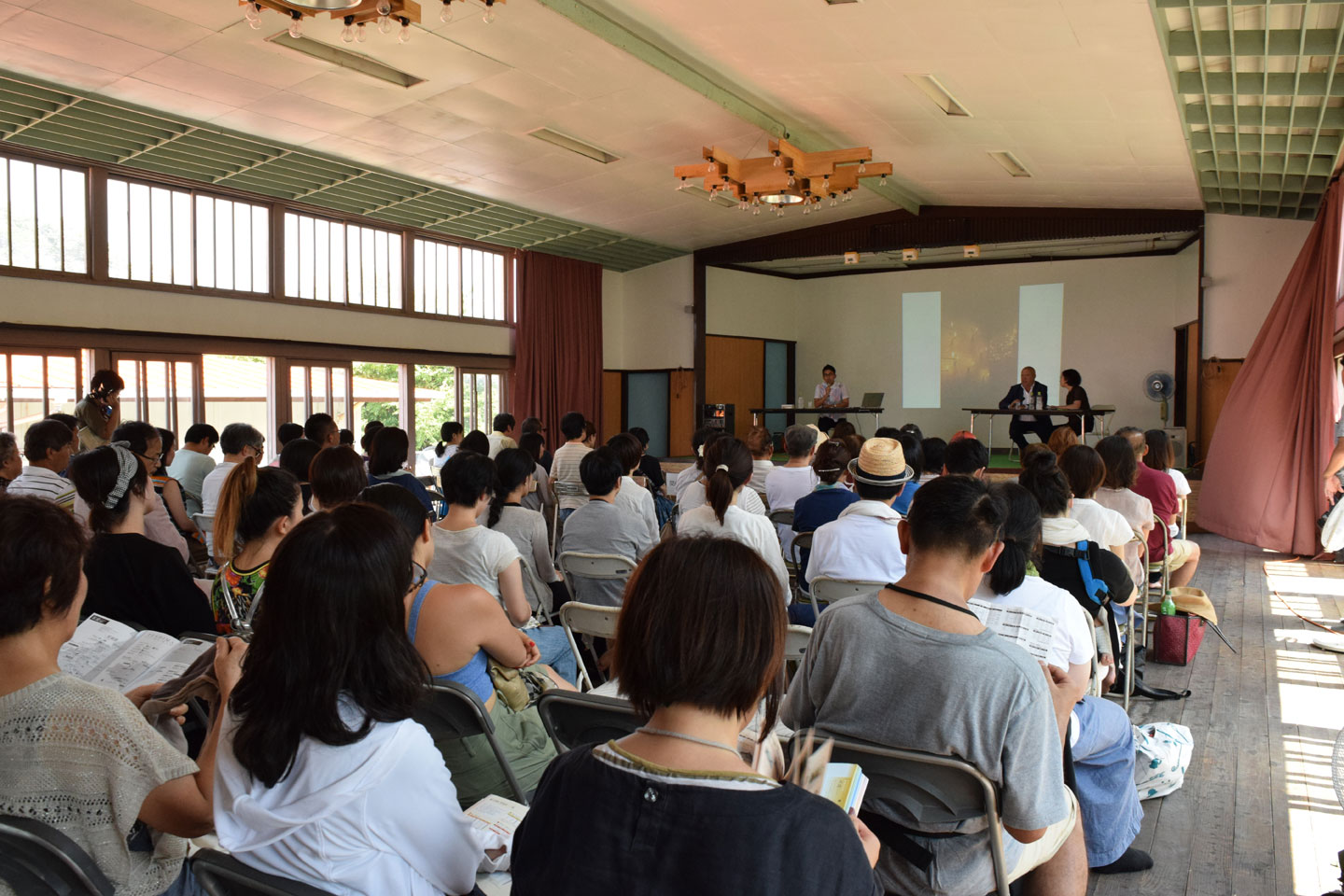 Christian Boltanski (interpreted by Seiko Takano):
Thank you very much for coming today. I am happy to be back on Teshima island. I have been here about ten times so far. On this island, I created two artworks, which have different characteristics, but are strongly interconnected.

First, let me speak about "Les Archives du Cœur." This is a collection of the recordings of people's heartbeats from more than 15 countries. Anyone can store the sound of his or her heartbeat and listen to them there. Recently, I added to the archive the heartbeats of people from Chile. It is important to recognize that each person is one-of-a-kind, with a different name and a different heartbeat. The sound of thousands of heartbeats may be stored, but each of them is added one at a time. From the beginning of my creation, I kept trying to resist the idea of death or oblivion, but my attempts have failed. Instead, when I listen to the sound of the heartbeat of someone who already passed away, I feel the loss of the person, not the life that was once there. When I was making both works, what I wanted to do was to create a place of pilgrimage. I am at peace with the notion that someday, after my death, people will forget I ever existed. Even so, my wish is that people will keep coming to "Les Archives du Cœur" to record their own heartbeats, making it a new destination for pilgrims.

My latest work, "La forêt des murmures," is also meant to be interactive. If you wish, you can acquire a wind chime and leave behind the name of a significant person, someone beloved to you, either alive or no longer with us, and this name will be engraved on a strip hanging from a wind chime and become part of the installation. Just like "Les Archives du Cœur," this is not a completed piece of art. I hope more and more names will be added as time passes.

The similarity of these two concepts is their focus on human beings, not gods. My intention was to highlight our fragility. To me, "La forêt des murmures" is calmer and more peaceful than the other work. I feel that's because of the surrounding spirits and souls there. I would say it is a piece that can bring us comfort and happiness. 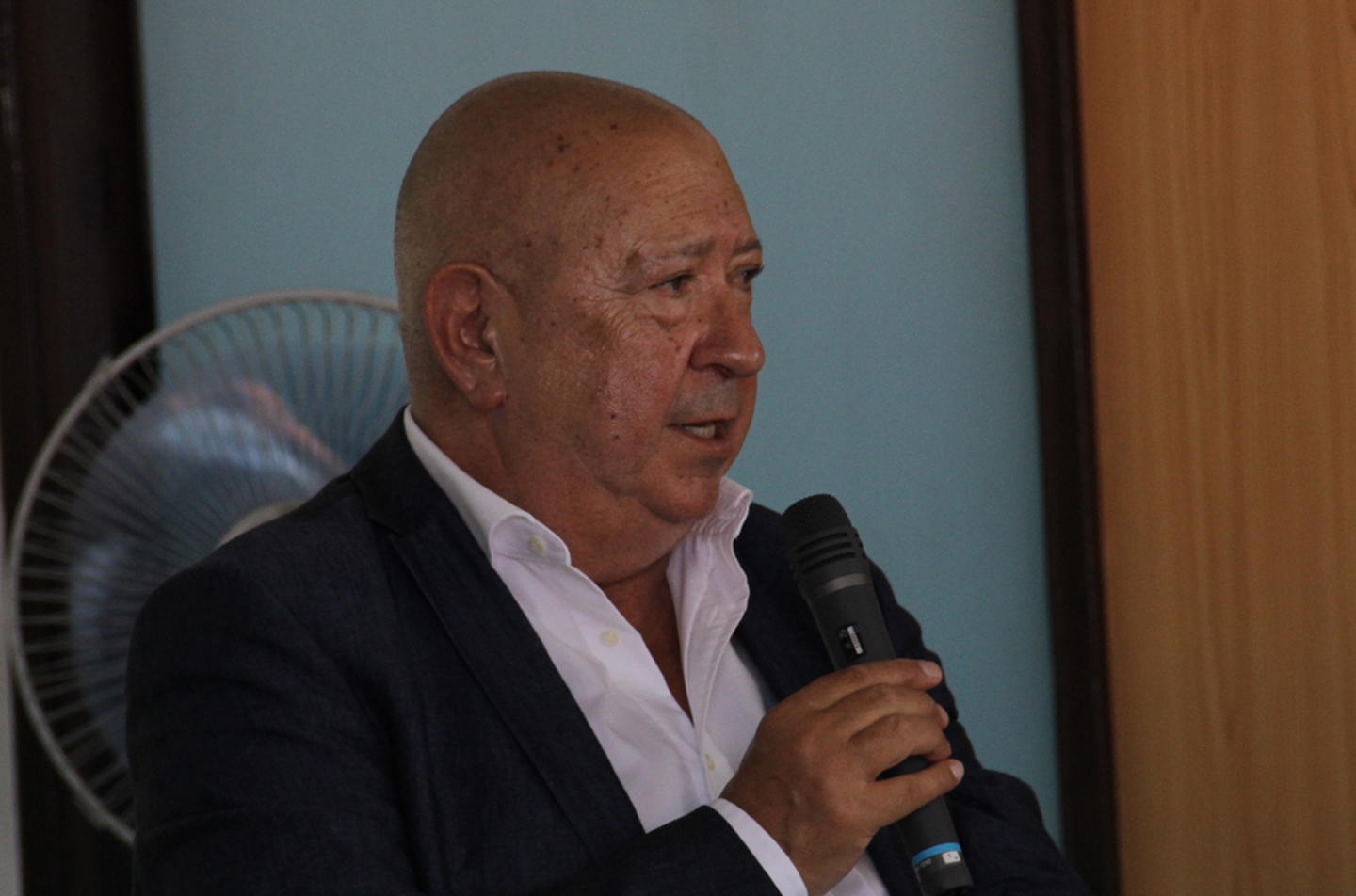 When we create a work of art in nature, we have to be humble. We have to respect the natural surroundings. I created a similar artwork in Chile one and a half years ago. It was set in the north part of Chile in the Atacama Desert, which is 4000 meters high, and is the driest area in the world. As it is the best place on Earth for star viewing, I created a piece of art shaped after the stars. On the ground, I recreated "the sky" with its shining stars. The difference between my artwork in Chile and this "La forêt des murmures" is that I asked the people in charge in Chile not to maintain it as a permanent piece. As the location is not easily accessible, I assume that not many people have been there to see the artwork. It was my intention that someday the desert would obliterate all the work we humans have created, and reclaim the space as its own.

To fully experience "La forêt des murmures," it is important to physically walk up the path to the place in the mountain, and become part of the natural surroundings, listening to the sounds of the forest and the chirping of the cicadas. The journey before actually seeing the artwork is essential.

I am in the later years of my life, and I rarely create art to be put on the walls of exhibition rooms or in galleries anymore. About 80 percent of my past work will be taken down, never to be seen again. What I am interested in now is creating a myth. Myths outlive the lifespan of a human being and the artwork we create.

I do not belong to any particular religious group or believe in any religion. I, however, think there is a strong connection between religion and art, and I feel that a museum is like a church in the present age. As we know, the process of looking for the key to the truth of something we cannot understand may be more meaningful than choosing the right key.

An artist's task is to raise questions, not to answer them. At least, I have no answers. Artists introduce issues by means of visual and aural sensation, enabling the viewers to think more deeply about them and to raise new questions of their own. That is art for me.

There is one more vital thing to mention: the viewers complete my artwork. A long time ago, when I had my first show in Japan, I was told that my artwork was very Japanesque, and was asked if I had had any Japanese influence. I look a little bit Japanese, so I was once asked if my grandfather was Japanese. I was very happy to hear that!

I think an artist should have no face, but rather be a mirror to reflect the viewers. If I show my artwork in Africa, I want African people to think that my work is very African and to think that my grandfather must have been African. It is similar to watching a movie in a theatre; each viewer is watching the same movie, but what he or she perceives is different. An artist is a stimulus, I think. Each viewer completes the story of the artwork.
If I had been born in Africa, I would have been a shaman. If I had been born in Japan in the 19th century, I would have been a monk. I, however, was born in France in the 20th century, so I became an artist. Whatever my circumstances had been, I would be doing the same thing. The only difference would be that a monk might think he knows the answers. I am using modern means such as videos, pictures and installations to raise many kinds of questions, but the questions themselves have been contemplated again and again by countless people throughout the centuries. After all, the nature of art has not changed much, and the age-old questions still remain. Our means of expression is certainly different from, say, the 16th century, but the feelings we have are the same.

In my lifetime, I have created artwork in some remote places that not very many people may go, but I intend to continue to create art in spite of that. 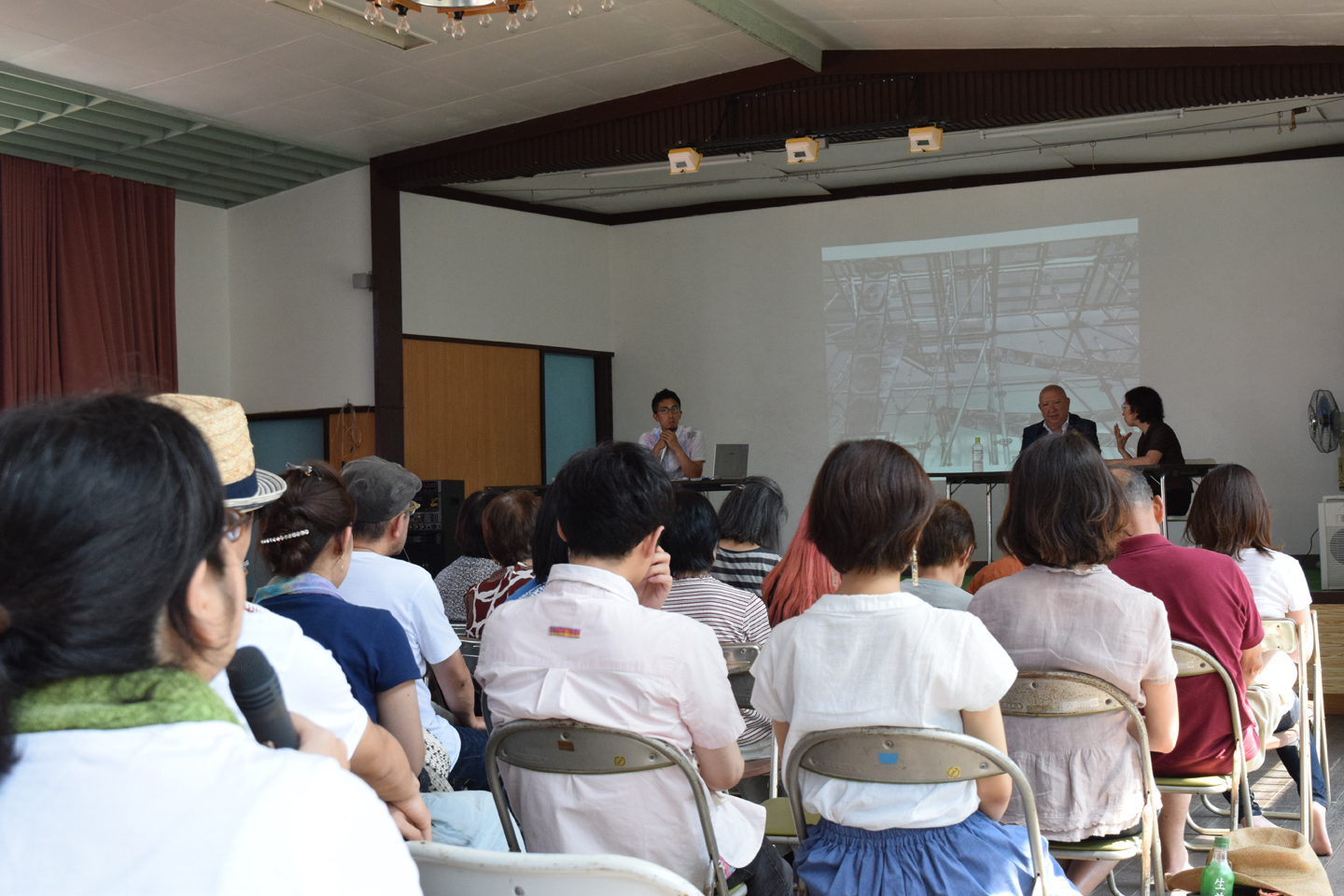 After the artist's talk, in the Q and A session, the audience asked many interesting questions. Here are a few:

Q: In your talk, you said that it is important to recognize that each person is one-of-a-kind. Why do you place such importance on names?

Christian Boltanski:
When I am working on an artwork, what I focus on is that each person is irreplaceable, and at the same time each life is fleeting. I remember my grandfather's name, but not my great-grandfather's. In that sense, names are important as a kind of confirmation and validation that the person actually existed. Also, for example, think about how some totalitarian states have erased individual's names, and put numbers on them.

Q: Before coming here, I walked on the path to see your artwork. Just like you said, while I was walking, I experienced and sympathized with the pilgrim's journey. I was reminded, in particular, of the famous pilgrimage on the island of Shikoku which is comprised of 88 temples. One of the items a pilgrim usually carries is a bell, which was originally used to scare away bears, but it is also said to cast away our own desires and to make us hold on to pure thoughts. When I stood in front of your artwork and listened to the chimes, I felt that the sound of the chimes was similar to the pilgrims' bells, and I felt that my mind became purer.

Christian Boltanski:
Thank you very much. I am happy to hear your story. I did not know the traditions of that pilgrimage. I would like to express my thoughts here. I think all the parts of each of our faces are just like pieces of a puzzle. We are created piece by piece, bits we have inherited from our relatives and ancestors: for example, my eyes are from my great-grandfather, my mouth is from my great-uncle, and so on. And I also think there are some parts of our wisdom which have been handed down from long ago, from a time we cannot even imagine. So, in that sense, I might have inherited the notion of the pilgrimage without actually knowing it.

For the first time, Christian Boltanski described "La forêt des murmures" in his own words.
When you walk up the small path in the forest, and reach the site of his artwork, what feelings will spring up in you as you take in the scenery and listen to the sounds there? Please come to the forest and experience it with all your senses.