The May 2017 issue of our quarterly magazine NAOSHIMA NOTE has been published.

The May 2017 issue of our quarterly magazine NAOSHIMA NOTE contains a special feature about "Artist at Gallery 6 2016" presented at Miyanoura Gallery 6. 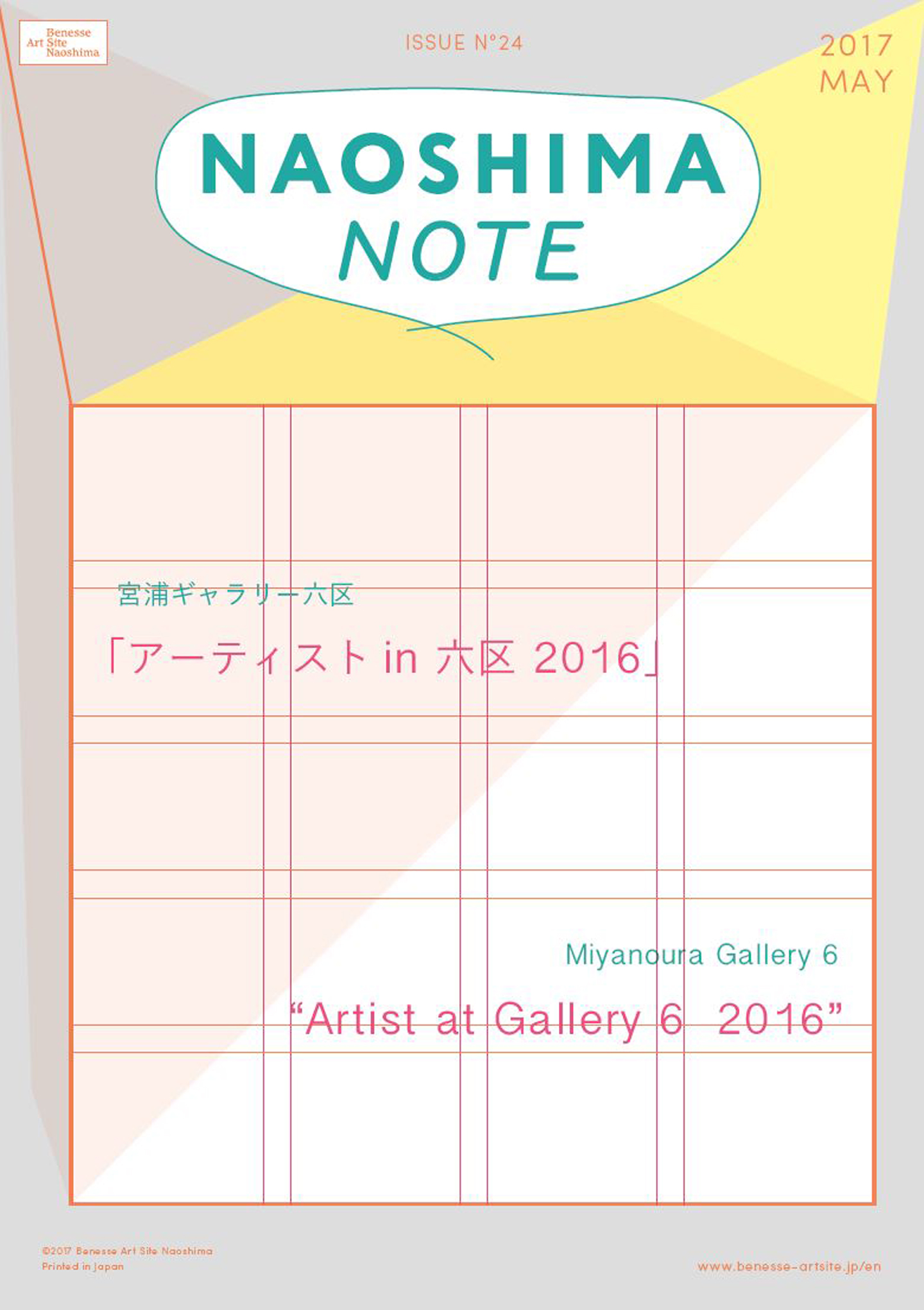 Miyanoura Gallery 6 is an art gallery located in the Miyanoura district on Naoshima island. It opened in the summer of 2013 after renovating the building formerly housing the Pachinko Parlor Three Nine. A program called "Artist at Gallery 6 2016" was presented at the gallery in 2016. With the gallery aiming to become "a place where new values are created through exchanges between various people," three artists separately presented solo exhibitions during the three succesive seasons of the Setouchi Triennale 2016, exploring different themes they drew on through their research activities on Naoshima. This issue of NAOSHIMA NOTE looks back at their exhibitions in detail.

In the series "The Islanders," we present an interview with Sakae Ikeda of Inujima Island.
Since the opening of the Inujima Seirensho Art Museum in 2008, she has worked as a cook at the Inujima Ticket Center cafe.